Leasing a used car is not nearly as common as leasing a new car – while nearly 1/3rd of new cars sold in 2016 were leased, it was only around 1% of used car sold by these same franchised dealers that were arranged as leases.  However, in any given year franchised dealers sell around 15-20 million used cars, so 1% of that is still 150,000-200,000; meaning a used car lease isn’t a unicorn either.

By now you’re familiar with the basics and know that as complicated as leasing can seem, it really comes down to just a few numbers: the cap cost, the residual value, the money factor, and the lease term.  In a used car lease it is still just these four factors, but each of them gets complicated a little bit by the unique nature of every used car.

When you lease a used car you’ll save money on the depreciation component of your payment, because the biggest drop in value is when a car changes from new to used, and after that each successive year has less depreciation than the last.  However, that describes used cars in general, the value of any specific car will follow this trend but be impacted by its specific condition, usage (mileage), maintenance and care, and involvement in any incidents.  The best way to know about the detailed history of a used vehicle you’re considering leasing (or buying) is to get a vehicle history report.  We recommend VinAudit, because it is easy to use and will give you the information you’ll need to make sure you know as much about the car as you can before you sign the papers.  You’ll also want to make sure anything important to know – like the car being in an accident previously – is known by you and the lessor (and the dealer), so that you don’t get blamed for anything or charged for excess wear and tear that isn’t your fault.

As mentioned up top, there are about 150,000-200,000 used car leases arranged each year, and there are about 20,000 franchised car dealers in the US.  So that means that each one is only doing 7-10 of these annually, or less than 1 per month.  In reality, there’s likely some dealers that haven’t done one in years, and others that do several such deals per month.  Those dealers that are more familiar with arranging leases on their used vehicles will likely be able to help you out best.  They will have relationships with lessors that support used car leasing, and likely stock inventory that is better suited for used car leasing – like a good number of Certified Pre-Owned (CPO) vehicles.  To find a great dealer and research used vehicles you may want to lease, we recommend you check out Edmunds.

Each brand and its dealers maintains their own “certified pre-owned” program requirements; none of this is based on federal or state laws or regulations.  What you’ll generally find is that the program includes only used vehicles that are within 3-4 years old, have under a certain number of miles, and pass the 100+ point checklist of items that are reviewed by the dealer.  Be sure to ask your dealer for the details about the CPO program they offer, if they have one.  Lessors are more likely to offer a better residual value and lower money factor for a used vehicle that is CPO than a used car that doesn’t meet those requirements.  That said, these vehicles also will likely have a price towards the top of the range based on various value guides, so know that when negotiating your lease deal if you want to lease a CPO vehicle. 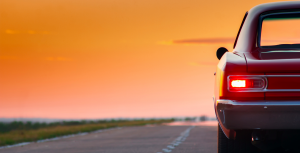 There’s one other way to lease a used car that doesn’t include a trip to the dealership: taking over someone’s lease, known as lease assumption.  Not all lessors let their leases get transferred to another party, and even if they do, some reserve the right to do a credit review on the new potential lessee, just as would be done if the lease was being arranged at a dealership.

Taking over someone else’s lease can be a great way to get into a car you may not otherwise find in your budget, and/or have it for a shorter term than most leases are arranged for.  If this is an option you want to review further, we suggest you check out Swapalease or LeaseTrader which both host a nationwide marketplace of folks trying to get out of their lease, and will help you as the new lessee to get the process done quickly and easily.  And again, whether you look at Swapalease, LeaseTrader, or anywhere else, you should definitely check out the vehicle history report for any used vehicle you’re considering.