On April 24 the Ford Motor Company (Stock Info:[stock_quote symbol = “F”]) announced that it will be ending production of all its existing cars (so not including its trucks, SUVs, or crossovers) in North America with the exception of the Mustang by 2020.  Armchair strategists and analysts can talk all day about whether this is the right move for Ford and how other automakers will react (and many have), but we’ll use this opportunity to focus on whether it makes sense to consider leasing a vehicle that won’t have a new version for sale by the time your lease expires.

It’s important to consider the most basic reason why Ford made this decision to do away with making and selling sedans in the North American market – they weren’t generating sufficient profit on these vehicles.  This news release itself was part of a quarterly earnings report, so this decision was specifically in response to analysis that shows why profits were below the expectations of management (and Wall St. analysts), and what would be done to improve performance.  So these vehicles are already likely heavily discounted, both because of incentives offered by Ford as well as the Ford dealerships lowering the selling price on these vehicles to keep sales volume at a decent level.  This is great for the consumer because it means high quality (albeit less desirable) product at a lower price.  If Ford and its captive finance company, Ford Motor Credit, were being objective the lease deals offered would have reflected this: residual values would have been set low, offsetting the lower purchase price, to keep the depreciation similar to a high-demand vehicle that is also likely to be a hot-selling used car in 2 or 3 years.  Chances are that if incentives from the manufacturer (and its captive finance company) were high and dragging down profitability, then overly optimistic residual values were a part of the problem.

There’s two very divergent paths that we could go down from here: the now limited supply of Tauruses, Focuses, and other Ford sedan models causes fans to come out from all over to get theirs before they are gone: and this demand drives strong prices on both new and recent year used versions.  The other possibility is that Ford produces some of these models for another year or so (the Focus is not among those – it’s production stops next month), and these cars sit idly in abandoned lots, shunned by dealers and the buying public.  Neither of these extreme results are likely, but beyond that it’s not obvious that each model’s sales will be up or down compared with the past twelve months.

“Fans coming out from all over”, as described above may sound comical, but consider that while there aren’t actually Taurus fan clubs (to the best of my knowledge), the Taurus has always outsold the Chevrolet Corvette, which most definitely does have fan clubs.  The point being that offering a functional car that fits a family’s budget is sure to bring some folks out who accelerate their purchase to get one of these vehicles instead of taking their chances with a model with which they are less familiar.  Therefore, it wouldn’t be surprising if these models held to their recent sales pace in their final year of production, all else being equal.

However, all else is not equal, so the more likely path, is that while these vehicles are available as a new model in 2019 (the Taurus and Fiesta), the production level is severely cut back to avoid having a glut of these vehicles available.  In that case, none of these models can stay on the pace set in their last few years.  More importantly, Ford likely won’t be spending its marketing and promotion budget pushing vehicles that are soon being discontinued.  So instead it is likely sales figures will be down, because production will be down, incentives will be down, and also the base price will be down too (at least enough to yield the same true transaction price after incentives right now).  But here’s the thing to keep in mind – every last one of them will be sold, because they always are.

Should You Consider a Final Model?

Now we get to the most important question: is it worth considering leasing (or buying) these last of its kind vehicles?  The short answer is “yes”, especially if leasing may fit your needs.  The longer answer is “depends”, because there are still all the usual factors to consider, plus a few new ones in a special case like this.

Generally speaking, models that are discontinued depreciate quite severely.  If you’re buying the car you have that risk of trying to later unload a vehicle that is worth far less than you thought it would be at trade-in time.  If you’re leasing, it will be the lessor’s problem if the vehicle is worth less than the residual.  With the actual end of several of these models still a full year away, this severe depreciation will be built into the residual value forecast, because the manufacturer and its captive finance company won’t see any strategic value to subsidizing leasing of an outgoing model and taking yet another loss when the vehicle comes off-lease.  So it is more likely that any incentives that are put on these vehicles will be in the form of a price reduction, which will make a more attractive lease deal, but it won’t be with either an inflated residual or a rock-bottom money factor. 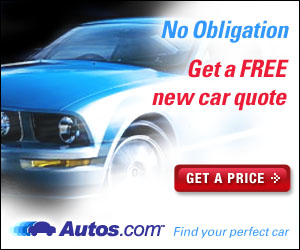 Similarly, the manufacturer (and the dealer) want to simply be rid of these vehicles – which is to say they will likely put higher incentives on selling them (and potentially financing them) and not encourage leasing them and have them returning in 3 years like a boomerang.  A lot of these vehicles will likely end up in rental car, and other corporate, fleets as well.  Fleet sales tend to negatively impact brand value, but when a vehicle is discontinued it really doesn’t matter any more to the manufacturer.

All of this could create an interesting situation 3-4 years after the last one rolls off the production line: those looking for a low mileage, recent year sedan will have fewer model choices than any time in recent memory, because one of the largest automakers in North America hasn’t made a sedan in a few years, many of the last ones it made went to rental fleets where they became high mileage, recent year sedans, and while more of the surviving models offered by Ford’s competitors are on the road, the other automakers have yet to introduce a brand new model that fills the gap of any of the (relatively) successful models.  In such a case it may actually be worth having the option that goes along with leasing: if you really like that sedan, the residual placed on it was super low because of the tarnished brand value, and the overall market for recent vintage sedans is hot because demand now outstrips supply, you could get a great deal by buying it out.  And if none of that comes to pass you would always be able to turn it into the dealer and let them deal with it.

Concluding Thoughts on a Volatile Market

As mentioned in the beginning, this article isn’t a critique on Ford’s new strategy, nor an advertisement in their favor to consider their vehicles nor an advertisement against them to avoid their vehicles.  It’s a look at a topic that is timely based on their specific announcement, but could easily apply to any model, from any manufacturer, that is being discontinued (and there are some such models every year). The key thing to remember is that when you buy a car, especially a new car, you aren’t getting shares of stock or the corresponding shareholder vote in the manufacturer’s company, but you do now have an asset that continues to have its value is impacted by the manufacturing company’s management.

Owners of Volkswagen diesel propelled vehicles (and to some extent all their vehicles) know that because while VW was forced to pay to compensate vehicle owners for the vehicle emissions fraud, there was still substantial inconvenience and other less quantifiable damage.  Similarly, if you recently bought a Ford sedan, especially if you will continue making payments on it after the last of that model leaves the factory you will be impacted by the additional reduction to the used vehicle value that the decision to discontinue your model will almost certainly cause.

Leasing is often compared to having a put option for a stock, and a put option is the kind where you are guaranteed to be able to sell at a certain price even if the market price isn’t there any more.  On Wall Street options cost money – and they cost more money when things are most volatile.  Options aren’t for everyone, and neither is leasing, but one more advantage of leasing is that you don’t need to worry about how your vehicle’s manufacturer can reduce your car’s value years after you bought it.