In the earlier parts of this series we covered innovations in automotive that don’t impact vehicle manufacturing directly, but now we switch gears to one of the largest changes to automotive design in one hundred years: phasing out the internal combustion engine in favor of electric power, and not just doing it in one model or for one make; but electrification of the entire fleet.

What is Fleet Electrification?

Fleet electrification refers to the move industry-wide (manufacturer by manufacturer) away from using internal combustion engines that require gasoline or diesel fuel towards designing and building vehicles that use only batteries or fuel cells, potentially with an interim step where the vehicle lineup consists of all hybrids and electric-only vehicles.  Obviously, a single model having an electric propulsion system (either all electric or hybrid) isn’t new: the first Toyota Prius was introduced 20 years ago.  Additionally, there are already electric-only cars: the BMW i3, the Nissan Leaf, and Chevrolet Bolt are three examples of specific models offered for sale that are all-electric, and of course Tesla manufactures only electric vehicles.   and Faraday Future plans to do the same, while Karma Automotive is a new manufacturer whose first model is a plug-in hybrid.  However, the bigger news here is not that automobile manufacturers that got started in the 21st century plan to manufacture all electric vehicles, but that some of the largest and oldest manufacturers have announced that they will do the same: General Motors, Daimler, Jaguar Land Rover, and Volvo all have announced plans to move to a fully electrified fleet (including hybrid vehicles), with Volvo planning to achieve this by 2019.

While the automotive industry’s move towards better technologies that will reduce the direct use of fossil fuels is something to be applauded, it is quite possible that having 200 million (or more) fully electric vehicles on the road in twenty years will be worse than the current situation, albeit in different ways.

First, the original hybrids that charged the electric motor exclusively through regenerative braking (meaning as you use the brakes the battery was recharged), so there was never a need for charging stations, either in public or private.  The new hybrids that can be plugged in to a charging station (or all-electric vehicles) require new infrastructure that is still not developed at a fraction of the level of the gasoline/diesel replenishment infrastructure.  On top of that, the time required to replenish a vehicle’s power capacity to full is still about 100 times longer for an electric vehicle than a gasoline/diesel (imagine filling up your fuel tank – about 5 minutes; if you need to let a electric car charge for 8 hours that’s 480 minutes: almost 100 times as much time).  Therefore, while as a society we can look forward to a day when electric vehicles are the norm, these vehicles will need to charge faster, and potentially using other means than plugging into a station’s outlet.

Second, because of the environmental benefits of reducing greenhouse gas emissions public policy decisions have been made to subsidize the power replenishment of plug-in hybrids and all-electric vehicles.  But this electric power doesn’t materialize out of thin air (although more on that below), but instead is hooked up to the power grid, and most large scale electric power producers use coal or natural gas to create the electric power they sell.  This means that electric vehicles are not emissions free – they may not be emitting gases while running on electric power, but the power placed into the vehicle’s batteries during charging is generally from fossil fuel sources.  More practicably, there are regions of the country where the cost of power from the electric producer and distributor is more expensive than the cost of running a very efficient internal combustion engine, given today’s (and the last several years’) gasoline prices.

Finally, developing the infrastructure to allow a majority of people (or even a significant minority) to have personal charging stations may not be feasible without substantial improvements to the electrical grid.  These charging stations, to allow (relatively) quick recharging require a lot of amps (the measure of electrical current), sometimes on the order of the total amps available to the house today.  Individuals can upgrade that – there’s fees involved, but the grid can absorb a few people on a good size block upgrading service.  The grid cannot absorb it if every other person wants to double their electrical current capacity.

In a word the opportunity is “oil”, and specifically enabling the US automotive infrastructure to use less of it in the course of getting people place to place.  The internal combustion engine has had a very good hundred years, and remains an amazing feat of engineering, but the ability to wring substantially more efficiency from it appears gone – now single digit percent improvements are most likely, while the world as a whole wants to see much more substantial improvements in moving people place to place without creating the greenhouse gas emissions that go along with it. 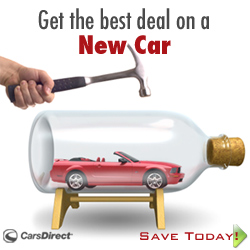 Additionally, moving to a new method of propulsion for vehicles opens up new opportunities.  As mentioned before, while cars cannot be recharged out of thin air today, there are people working on literally that: it’s called electric induction, and it is possible to charge a vehicle sitting in the right spot (over a charging station built into the pavement), and potentially may be possible to build charging stations into the road such that cars would actually be recharging as they drive along.  If this concept appears practical there would still be large infrastructure issues to solve for, but the solution may be cheaper and easier to enable a large portion of the vehicles on the road to be electrified, and potentially fully electric, sooner.

Finally, in terms of the opportunities the automotive manufacturers have proven that changing the propulsion of the vehicle from gasoline to hybrid or all-electric doesn’t mean an ugly or uncomfortable vehicle.  Tesla has proven with each model it’s delivered that there is no need to trade-off aesthetics, performance, or comfort, and the BMW i8 is one of the most advanced vehicles that manufacturer has ever created, and it is a hybrid.

What Electrification Means for Leasing

Finally, we get to the most important thing to keep in mind if you are in market for a vehicle now, or thinking about your next one that may either your first electrified vehicle or your last one that is not.  Of the innovations covered in this series so far, electrification is the one most likely to have a dramatic impact on vehicle leasing, more so for all-electric vehicles compared to hybrids.  This is because, with the current technology in place, the batteries can be recharged for a long time, but not forever – at some point the entire battery system would need to be replaced, and that can be a job that is over $10,000.  In the case of a hybrid, the specific technology used may change how long this takes, and the impact will likely not be as significant because the battery pack size is smaller and less complex, but still it is something, at least currently, that is a consideration of electrified vehicles.

It would be the equivalent of engines being completely used up at some point and needing replacement.  That does not happen, and therefore used vehicles powered by a internal combustion engine follow a relatively smooth depreciation curve after the first few years.  With a vehicle that will need this level of overhaul some years into it’s working life the term of the lease will dramatically impact the depreciation expected, because of this breakpoint in the model where the value of the vehicle would drop precipitously until the batteries have been replaced.  More importantly, if it’s expected that the vehicle will require this overhaul in the course of the lease, it would need to be worked out who is paying for it, and how.

The only comparable part of a car today that is known to be used up in the course of the life are the tires, but that happens later in the life of the car (beyond the expected usage level of a new car on a three, or even four, year lease), and replacing all four tires is often $1,000 or less, not ten times that amount of money as a full battery pack replacement could be.  Different technologies used to generate and/or store the electrical power could definitely change this dynamic – in the same way that people don’t think about the useful life of an engine when purchasing a new vehicle.  This is also not infinite, but it is now so long that it doesn’t change the valuation curve.  If electrical power systems get to that point, it will minimize the impact on leasing those vehicles.