We continue the summer series focused on great road trip ideas, depending on what part of the country you find yourself in, and with the goal of visiting 5+ states and traveling around 1,500 miles.  Obviously, if you are already leasing, you want to watch the mileage you put on the vehicle, but if you’re just a few months from turning it in and you’re thousands of miles under the limit, these ideas may be for you.  Last time we covered New England and the midwest. This time the focus will be on the incredible natural beauty of the southwest and the amazing music created in the southeast.

A Day (or Week) at the (National) Parks

There’s a number of great national parks (as well as forests, seashores, wilderness areas, conservation areas, etc.) across the 48 contiguous states.  Picking out a few to see in a single trip isn’t easy, but the idea was to find a region where the road trip between parks would be scenic too – and that leads us to suggest the beautiful Southwest that will bring you to 5 national parks (and a few other attractions) as you visit 5 states.

We’ll start this route in Salt Lake City, Utah, and you’ll first head southwest for 241 miles to Great Basin National Park in Nevada, which is renowned for its caves and bristlecone pines, as well as home of 13,000 foot Wheeler Peak.  After you’ve experienced Great Basin from high to low (or low to high), you head southeast back into Utah, and your destination is Zion National Park in southwestern Utah, a trip of 199 miles. 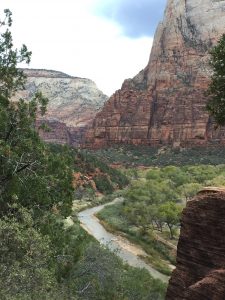 Zion was the first national park in Utah, and the first you’ll visit on this trip, but not the only in either case.  At Zion National Park you’ll see the amazing red cliffs, as well as emerald pools with waterfalls and hanging gardens, and freestanding rock arches.  The Virgin River runs through the park, and its steep drop and strong flow from snow runoff has carved amazing features into the desert that makes up the park.

Speaking of the desert, while northern Utah, near Salt Lake City (and the Great Salt Lake) is known for winter activities, southern Utah is much warmer and desert-like, so visiting here would be suggested after the summer, and after the summer monsoons have passed (usually they are gone by September).  After leaving Zion National Park you drive south 98 miles, and head into Arizona, and probably one of the best known natural wonders in the US: the Grand Canyon.

Like the other parks described so far there is hiking and camping, but with the Grand Canyon there is simply more of it available, with some of the most stunning views, and also the crowds – so plan ahead!  The Grand Canyon is so vast that despite being so popular, there is so much not yet known – including a complete inventory of the caves and streams – has not been achieved.  So there are many areas limited to the public and open only for scientific research, but as an example, the Cave of the Domes, is accessible to the public, and offers breathtaking views and opportunities to experience rare natural wonders.

After you leave the Grand Canyon you’ll head east on US Route 160 for 255 miles to Mesa Verde National Park in Colorado.  There is one pit stop on this part of the journey for a non-national park attraction. You’ll get your short visit of New Mexico in during this segment of the road trip, and while the Four Corners Monument isn’t right on Route 160, you’ll be very close and can stop off and be in four states at once: Utah, Colorado, Arizona, and New Mexico.  The Four Corners Monument is not operated by the National Park Service, but by the Navajo Nation, nonetheless, it is the only place in the United States where you can be in four states at once, or join your traveling party to all be standing in four different states for a photo or conversation (or both).

Once you get back in the car you’ll get back on US Route 160 in New Mexico and continue into Colorado towards Mesa Verde National Park you’ll be able to see the  Ancestral Puebloan cliff dwellings, some great views of the canyon, as well as other archeological points of interest – according to the NPS there are over 5,000 of them at Mesa Verde alone!

Upon departing Mesa Verde National Park it is time to begin the return trip west, and the last stop on the tour will be Bryce Canyon National Park, in southern Utah.  Bryce Canyon is not all that far from Zion National Park, or the Grand Canyon, but it has its own unique beauty, and is a great last stop before returning to Salt Lake City.  Bryce Canyon is most famous for its collection of hoodoos – that’s the official name for the odd shaped rock structures that formed from thousands of years of the forces of erosion working upon the rock.  One of the most famous features of Bryce Canyon is the Grand Staircase (so doing this trip as suggested will be a doubly grand road trip), and of course, the Bryce Amphitheater. 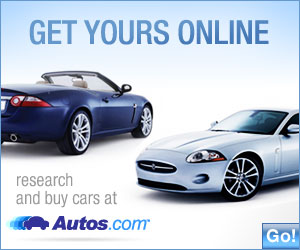 When it is time to bid toot-a-loo to the hoodoos, you’ll drive 252 miles from Bryce Canyon to Salt Lake City and the completion of this trip.  Overall, there will be about 1,416 more miles on your car’s odometer, and hopefully plenty of amazing memories and photos from the visits to the five national parks and the Four Corners Monument.

Sounds of the South

The South has no lack of amazing sights, people, and things to do.  With that in mind, there’s no single road trip (especially not one that’s less than 1,500 miles) that captures everything, but the theme is to go to the places known for music, and a few other cool places along the way.

We start this trip along the banks of the Mississippi River in Memphis Tennessee.  In Memphis is Graceland, the famed Elvis Presley estate, so it seems like a fitting place to begin this road trip.  Overall, Memphis is a large city with over a half-million residents, many landmarks, and has other ties to music: country, soul, rock & roll, blues, and no lack of things to do.  Once it is time to head south the next stop will be New Orleans. 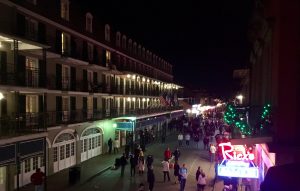 View of Bourbon Street from one of its famed balconies

Getting to New Orleans can be done relatively quickly using Interstate 55, a trek of about 395 miles, but for this trip we suggest US Highway 61, the blues highway, that runs through Mississippi, into Louisiana, and pretty much follows the Mississippi River, staying just east of it all the way into the Big Easy.  This adds some mileage (the new total is 484), and some travel time, but also will provide some interesting places to stop along the way too.

If you do choose to use US 61 you’ll travel through Vicksburg and Natchez, among other Mississippi towns, and besides the music, those are historic places with sights to see related to the Civil War and the antebellum South.  But don’t dilly dally too much, because your destination, New Orleans, is a world-famous city for music, food, and generally fun, and there’s far too many things to do there to cover here.  It is the city that holds Jazzfest each spring (and, of course, Mardi Gras each winter), and is famous for both jazz and blues, and live music in general.

Once it’s time to leave New Orleans it’s time to head east along the Gulf of Mexico to Mobile, Alabama.  Mobile is 144 miles from New Orleans, and while maybe not as famous as some other suggested stops for its musical influence, it is a great little city on the Gulf of Mexico (and specifically Mobile Bay), that has several museums, including a WWII-era battleship (the USS Alabama), and one for local baseball hero Hank Aaron.

From Mobile you’ll head northeast towards Atlanta, Georgia, which is 328 miles away.  Atlanta today is known for being the home of many influential rap artists, as well as a major city for R&B music as well. Years ago, it was also a major city for country music.  Besides the music, Atlanta is the largest city we suggest to visit on this trip, the capital of Georgia, and a world-renown center for business and entertainment.  You’ll find plenty of things to do here, too many to list here, but know that you’ll find great music, great food, and great fun here as well.

When it’s time to depart Atlanta it is time to head northwest and back to Tennessee, but the first of a couple of stops: Chattanooga.  The best route is using Interstate 75, which has you cover about 118 miles to get to this city in the foothills of the Appalachian Mountains and along the banks of the Tennessee River.  Once again, this stop isn’t about music per se, but also about seeing one of the nice small cities of the south, and one that is surrounded by the natural beauty of mountains, rivers, waterfalls, as well as several museums. Finally, it is time to leave Chattanooga and head northwest to the last new destination on a trip around the south focused on music – and that is Music City – Nashville, Tennessee.  It’s 135 miles from Chattanooga to Nashville, and once here there is once again no lack of things to do, but unfortunately just a lack of space to mention them all.  Nashville is considered the country music capital of the world, and here you will find the Grand Ole Opry, as well as dozens of places to hear great live music.  Plus, there are many recording studios in Nashville, so you may spot your favorite musician or literally run into an up and coming performer (although we suggest you watch where you’re going to avoid literally running into anyone).  It is also the historic home of the seventh United States president, Andrew Jackson, and the Hermitage is nearby too.

After it is finally time to leave Nashville, you’ll head west across Tennessee, back to Memphis, a drive of 212 miles and bringing your total road trip tally to 1,421 miles.  You will have been in five different states and been on the banks of the Mississippi River, the shores of the Gulf of Mexico, and in the foothills of the Appalachian Mountains, in addition to treating your ears to a variety of great music.